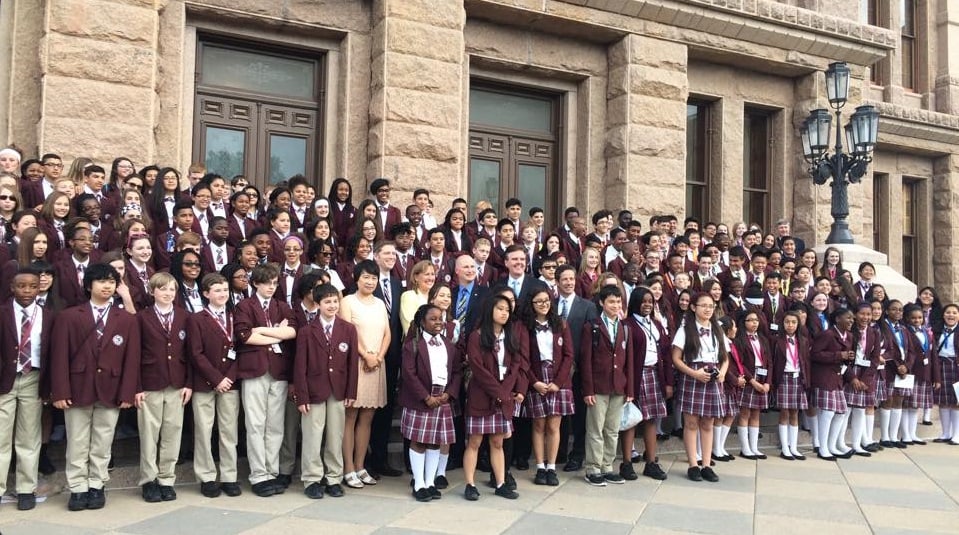 From International Leadership of Texas

International Leadership of Texas started very strong. On its first day of school in 2013, there were 2,500 students in attendance. Enrollment has since doubled in two years at the nine Dallas-Fort Worth area campuses. And there is demand for more seats with more than 6,000 students on wait lists to enroll at an ILTexas school.

Charter leaders say it was those strong enrollment numbers combined with its academic and financial performance that resulted in ILTexas issuing $111 million in non-rated bonds this month.

“What makes this bond sale so very important to me is that it helps us lower our costs, which allows us to return some of the savings back to our teachers, who serve our most important people: The students and their families,” said Eddie Conger, ILTexas founder and superintendent.

The bonds were issued through the Clifton Higher Education Finance Corporation and were sold by bond underwriter BB&T Capital Markets to 14 investors. Many of those investors toured ILTexas campuses or met with the leadership team before investing. Also, two of the institutional investors had never before invested in non-rated charter school bonds.

ILTexas plans to grow an additional six campuses in Arlington, Keller and Katy within the next few years. Leaders say they plan to again utilize Charter School Fund leases with bonds issued later to acquire the facilities.

International Leadership of Texas prepares students for exceptional leadership roles in the international community by emphasizing servant leadership, mastering the English, Spanish and Chinese languages, and strengthening the body, mind and character.