Eduardo Suarez Ugarte is a junior at Austin Achieve and wants Austin Achieve students to impact change by encouraging others to vote. “Voting has been an impactful way of having our voice be heard, yet in our city of Austin, voter turnout had been at its lowest last year at 42.6 percent. Most people are not voting due to the fact that they are not well informed. Information is the key that people need in order to make the best decision while voting.”

During the voter registration drive Austin Achieve students expressed their own desire to register to vote once eligible and shared their thoughts on the importance of bringing about sensible policies through the use of voting.

Each student plans to continue these efforts by encouraging their own family members to vote and spreading the word about the upcoming election dates and voting locations. Eduardo said, “Projects like these leave an impact in us as scholars, by showing us that we can help out our neighborhoods to be well informed. The feeling that we get from doing this is inexplainable, it's something that we are willing to do for our communities.”

Early voting runs through November 3rd and it’s important that all eligible voters make their voices heard by casting their ballot in the November election.

After the passage of HB 21 students in Public Charters Schools in Texas will receive funds from the state of Texas for facilities funding the first time. All this in part thanks to the the efforts of a well informed and active electorate of strong charter school advocates. Early voting began on October 23rd and ends on November 3rd. Election Day is on November 7th.

In the coming months, each of us can support the efforts of Austin Achieve scholars to help increase voter turnout by casting our ballots this November and continue our commitment to serving Texas students and families. 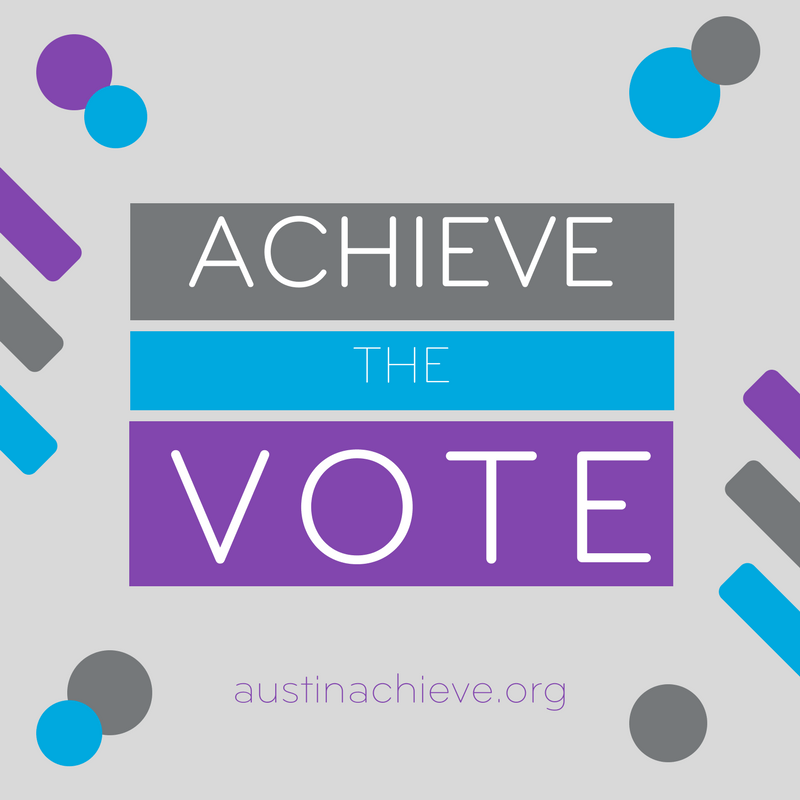