By Michelle McCurdy, Mother of a Charter School Student at Altamira Academy

When considering Kindergarten for my daughter, Meredith, I researched every option to find the best school to meet her needs. I eventually selected Altamira Academy, one of three elementary campuses in the Wayside Schools. I chose a public charter school, and more specifically Altamira Academy, for various reasons including the year-round schedule, an international baccalaureate (IB) curriculum, an unwavering commitment to small class sizes, a generally smaller student population, and a required uniform. 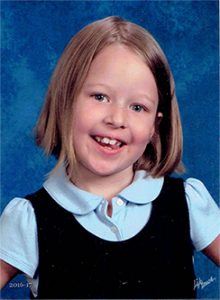 Meredith is now a first-grader, and she’s thriving in her classes. I couldn't be happier with our choice of a public charter school.

A few weeks ago, I had an amazing opportunity to join other parents in meeting with state legislators about our experiences with our children attending public charter schools. We discussed exercising our option within public education. 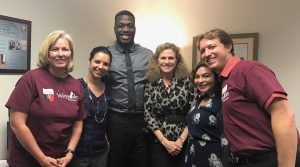 It was one of those roller coaster kind of days. I was filled with sorrow as I recounted the struggle and anxiety that surrounded our efforts to find the best school fit for my child as an individual, and for all of us as a family. I was filled with gratitude and pride as I told the legislators about our joy at finding a school that met so many of our needs.

But I was also filled with anger as I talked about the sacrifices our campus makes every day--the things we give up or trade off. I asked someone to explain to me why my child deserved about $1400 less than my neighbor’s child, simply because I didn’t believe the traditional school in my zip code was a good fit for my daughter. I implored them to come to our charter campus and see the amazing things that are happening. At the end of the day, I felt galvanized. I feel compelled to advocate, not just for my own children, but for every filled-with-potential face I see at my daughter’s public charter school. 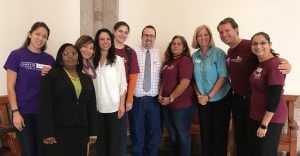 Charter Parents and School Leaders at the Texas Capitol

I hope you’ll feel compelled, too. We are at a historical crossroads, with companion bills, SB 457 and HB 2337, in the state House and Senate and bipartisan support. I want to thank the legislators who sponsored these bills, but I’m also asking for others at the Capitol to support it. Now is the time to stand up for our students and demand equity in funding. Call, write, visit your elected officials and let them know that choice shouldn’t mean compromise.

The following op-ed originally appeared in the Austin American-Statesman on Tuesday, May 24, 2016.

The Court simply chose not to address this fact but instead determined that public charter schools “receive a better bargain” since they do not have a tax base.

We call now upon the Texas Legislature to right the wrongs the Court chose to ignore. We ask that they not penalize families who want to exercise their freedom in selecting the best school within the public education system to meet the needs of their child. The more than 227,000 students attending a public charter school deserve better, particularly when we consider the student populations public charter schools serve.

There are higher proportions of underserved students including those who are economically disadvantaged, African-American, Hispanic, and Limited English Proficient. In fact, the most recent Texas Academic Performance Report Data indicates these underserved subgroups are outperforming their peers at school districts in reading, writing, and math, demonstrating that public charter schools are working.

Additionally, the public charter school community has also taken its responsibility seriously in providing a quality education to students. The Texas Charter Schools Association worked with the legislature in supporting SB 2, which closes poor performing public charter schools after three years for not meeting academic and financial accountability standards. We have done our part to ensure that charter schools provide a quality education within the public school system to meet the needs of students.

Texas Legislature, it is now your turn. The Court has made this much clear, it is up to you to overhaul the school finance system.

Paige is the former U.S. Secretary of Education and David L. Dunn is executive director of the Texas Charter Schools Association.