Last week, International Leadership of Texas (ILTexas) officially ended its series of four groundbreaking ceremonies on new campuses that will serve students in the greater Dallas/Fort Worth area and Western Houston. These new campuses will provide over 4,500 seats, making ILTexas one of the fastest growing charter schools in the United States. ILTexas has an aggressive growth plan to accommodate for the high demand made known by wait lists numbers reaching more than 5,000 students in just its third year of operation.

The move to Houston was initiated because of three local parents from Katy, TX who were seeking dual-language programs in the public school system.  As a result of extensive grassroots efforts by local parents, the ILTexas expansion into Houston was granted the following Spring, and will open with two K-8 facilities in August 2016. 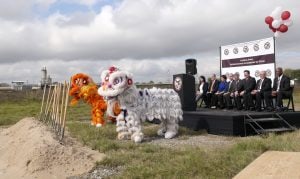 ILTexas was founded by Mr. Eddie Conger, a retired Marine Corps Infantry Officer and former Dallas ISD high school principal. He will tell you the secret to the unprecedented growth is “Competent teachers, supportive staff, and administrators and parents who truly understand the value of our mission.”

ILTexas rallies around this understanding, and has created a vision for education unbound by borders. To fulfill this need, ILTexas has a growing international student program, and provides American students an opportunity to spend a month traveling to several cities across mainland China, and experiencing this world they’ve been learning about in their classrooms. The international student program currently educates 55 Chinese students who study alongside the American high school students, interacting daily, practicing their language skills, and developing relationships. With this program, American students are able to immerse themselves in a whole new world, and Chinese students are able to earn their diploma while studying in America. ILTexas is on the path to not only change public education, but to change the world.