During a special legislative session, only the governor has the authority to determine the agenda for the legislature. To that end, before the special session began we delivered more than 3,100 signatures from Texas families in a petition to Governor Greg Abbott requesting the addition of facilities funding to the agenda. Thankfully, Governor Abbott added the issue of school finance to the agenda giving us a second bite at the apple at getting our number one priority, facilities funding, across the finish line.

Representative Ron Simmons has filed the companion to SB 2, HB 253. This bill has not yet received a hearing by House Public Education Committee.

HB 21 (Huberty, Houston)—TCSA Supports
Chairman Dan Huberty filed HB 21, the House’s school finance proposal. This bill increases the basic allotment, increases the bilingual/ESL allotment, expands the grades that may receive the CTE allotment from 9-12th grades to 8-12th grades, creates an allotment for students with dyslexia, creates a “financial hardship grant” for ISDs and charter schools to defray financial hardships resulting from the changes made by this bill, provides $25 million in additional funding for open-enrollment charter schools, and provides $75 million in additional funding to the existing debt allotment program.

HB 21 was favorably voted out of committee this week and may be debated before the full House as soon as Monday, July 31st.

It is important to note that another item added on the agenda by Governor Abbott is a proposal to increase teacher pay. In response, several legislators have filed bills that would accomplish this goal. Not all of these bills impact charter schools, but HB 198 filed by Rep. Travis Clardy (Nacogdoches) impacts all public schools. Amongst other provisions, this bill requires all public schools to increase teacher pay by an average of $1,000. There is no additional funding appropriated by the state for this funding increase. This bill has not yet received a hearing.

We ask you to stay engaged through the special legislative session. As these and other bills move through the process we will ask that you contact your lawmaker to express to them the impact of certain legislation on your schools and students. 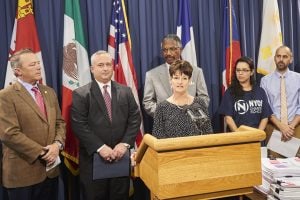 There is significant momentum for charter school facilities funding this legislative session. Earlier this week, Senator Donna Campbell held an event at the Texas Capitol to highlight joint efforts to narrow the funding gap between students at public charter schools and traditional school districts. 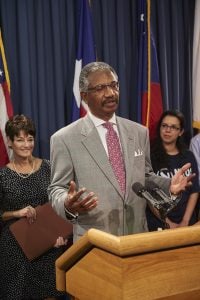 Sen. Campbell was joined by state Reps. Harold Dutton, Dwayne Bohac, and Ron Simmons to discuss the importance of providing charter schools with facilities funding through their companion legislation, SB 457 and HB 2337.

Also participating in this event were parents, charter leaders, and advocates from Austin area charters including Harmony Public Schools, IDEA Public Schools, KIPP Public Schools, Not Your Ordinary School (NYOS), Orenda Education, and Rapoport Academy (Waco). These schools, among others from across the state, coordinated a letter writing campaign beginning last fall to encourage families to reach out to their elected officials regarding the need for facilities funding. 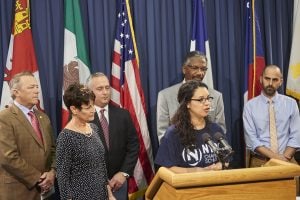 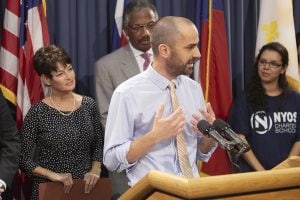 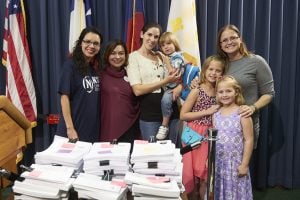 Pricilla Cavazos, a parent whose child attends NYOS, shared her personal story on finding a school to best meet the needs of her child and her experience on a waiting list for a charter school. Additionally, Ms. Cavazos told legislators the need for facilities funding and what it would mean for her child to have access to a school library and large hallways in a brick and mortar building (as opposed to a portable classroom).

Larkin Tackett of IDEA Public Schools also delivered remarks describing their student success and tragically, the number of students on a waiting list to attend one of their campuses.

TCSA wants to thank these legislators for hearing the demand of Texas families and responding with filing SB 457 and HB 2337. This is the first time a House bill for charter school facilities funding has been filed by a set of joint authors representing both bipartisan and geographic diversity. This effort is led by legislators representing Dallas-Ft. Worth, San Antonio, Houston, and the Rio Grande Valley, where a majority of charter schools educate students.

We also want to thank the families from across the state who wrote letters to their elected officials advocating for public charter schools. Many of these letters were delivered to legislative offices later in the afternoon.

Click here to watch the full event in its entirety. (not compatible with Chrome).