The Texas Education Agency (TEA) recently approved changes to the expansion amendment rules. The changes, which went into effect on June 8, amends 19 TAC Chapter 100.1033(b) and includes changes to how a charter school may request an amendment for relocation, expansion, and High-Quality Campus Designation.

RELOCATION
A charter school may now submit an amendment for relocation at any time, so long as the relocation is for the same administration and staff serving the same students. However, a relocation request cannot be for an address more than 25 miles away from the original campus. Additionally, TEA indicated in their comments that the definition of a site will also be changed to reflect the 25 miles limitation.

EXPANSION AMENDMENT STANDARDS
The new rules add several additional requirements that charter schools must meet to have an expansion approved by the commissioner. First, before requesting an expansion amendment, the governing board must consider a business plan that, determined by a majority vote, is financially prudent relative to the financial and operational strength of the charter school. According to TEA’s response to TCSA’s comments regarding the vagueness of the prudent standard, to meet the prudent standard, TEA is “requiring the governing board to determine the appropriateness of the expansion request in light of that charter school's business plan.”

TEA limited the timeline for an expansion amendment request to be submitted between February and April before the school year in which the expansion will be effective. In response to TCSA’s, and several charter holders’ comments, TEA amended the rules to allow the commissioner to grant an additional year to implement the expansion if the requestor can demonstrate a need for an additional year.

NEW CAMPUS EXPANSION
In addition to standard expansion requirements, charter schools must meet additional criteria to create an additional campus. The charter holder must provide evidence that each school district affected by the expansion was sent a notice to the district’s central office of the proposed location and address of any new campuses or sites, including proposed grade levels and likely maximum enrollment. Additionally, the charter school under which the new campus will be assigned must have at least 50% of the student population in tested grades, unless it is a charter school serving students in prekindergarten.

ADDITIONAL SITE EXPANSION
The commissioner may only approve an expansion amendment seeking to add a new site if the charter school campus under which the proposed new site will be assigned currently has at least 50% of the student population in tested grades, and the site will be located within 25 miles of the campus with which it is associated. This type of expansion also has the same prekindergarten exception as expansion amendments seeking to add a new campus.

EXPEDITED EXPANSION
TEA amended the rules and changed a Quality Expansion to an Expedited Expansion. An expedited expansion amendment request will not be effective earlier than the start of the fourth full school year of the affected charter school. The request must be received between February and April before the school year in which the expansion will be effective, unless the school can demonstrate the need for an additional year. The request must be communicated via certified mail to the board of trustees of each school district affected by the expedited expansion and the members of the legislature who represent the geographic area affected by the expedited expansion. Additionally, the request must be submitted with copies of the most recent compliance information, and the charter school governing body must have a business plan that is financially prudent relative to the financial and operational strength of the charter school. Upon request by the TEA, that business plan must be filed within ten business days.

The requirements for a new school designation are the same as those as the previous “High-Quality Campus Designation,” with a few additions. The commissioner may approve a new school if a charter school meets all requirements applicable to an expansion amendment and has at least one operational charter school campus in Texas for a minimum of five consecutive years. The charter school must be evaluated under the accountability rating system with at least 50% of the student population in grades assessed by the state accountability system.

Additionally, TCSA commented on the fact that the proposed rules removed schools under the alternative education accountability (AEA) from being eligible for the new school designation. TEA amended the rules and kept AEA campuses eligible for the new school designation. A charter school that is currently evaluated under the AEA must have received the highest or second highest AEA district rating for five of the last five years. Additionally, to be eligible, all rated campuses under the charter receiving an “academically acceptable” or higher rating in the most recent applicable state accountability ratings and have district-level assessment data corresponding to the most recent accountability ratings demonstrating that at least 35% of the students in the following student groups met the standard as reported: African American, Hispanic, white, special education, economically disadvantaged, limited English proficient, and at risk.

The commissioner cannot approve a new school designation if the proposed school is merely an extension of an existing charter school.

For the commissioner to approve a charter school to be a High-Quality campus, the charter school must meet all requirements for an expansion amendment and have been evaluated under the accountability rating system with at least 50% of the student populations in grades assessed by the state accountability system. The charter school must also be accredited and have received the highest or second highest district rating for three of the last five years with all the campuses operated under the charter also receiving the highest or second highest rating. Additionally, the charter school cannot be under any sanction by TEA and there must be no charter campus identified for federal interventions.

To apply, the charter holder must complete an application approved of by the commissioner, the new charter school campus must serve at least 100 students in its first year of operation, and the commissioner must determine that the designation is in the best interest of the students of Texas.

We hope this information has been helpful to you. If you have any questions, please contact Christine Nishimura, TCSA Deputy General Counsel at cnishimura@txcharterschools.org or by calling 512.584.TCSA (8272), ext. 306.

The Texas Charter Schools Association applauds Governor Abbott’s selection of Dallas ISD Trustee as the next Commissioner of Education. Abbott’s bold selection signals the Governor’s strong commitment to meeting the needs of all students. Morath is a thoughtful, student-centered advocate, who is driven by research. He is unafraid to tackle tough issues facing our public education system. We are confident he will work hard to ensure the 227,000 students enrolled in public charter schools are well supported by his office. 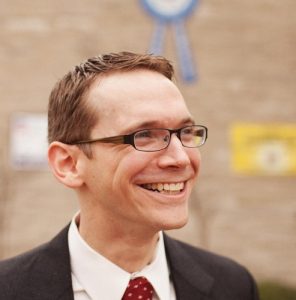 During his tenure as a Dallas ISD Trustee, Morath has focused on innovation, smart resource investment, school leadership, and parent engagement. These are all policy areas where charter schools are leading the way for all public schools.

We welcome the new Commissioner and look forward to working with him to meet the needs of the more than 100,000 families waiting for a seat at a public charter school. Morath is the right leader to ensure the public charter school sector in Texas is the strongest in the nation.  TCSA will work with Commissioner Morath to meet the needs of students seeking innovative public school options.

An appellate court in Austin on Thursday, September 24, heard arguments from three open-enrollment charter schools on the constitutionality of Texas Education Code Section 12.115(c-1), an automatic revocation provision in Senate Bill 2 passed by the Legislature in 2013. Even though Senate Bill 2 did not become effective until September 1, 2013, Section 12.115(c-1) directed the Commissioner of Education to revoke open-enrollment charter schools based on their academic and financial performance in prior school years.

They pressed arguments that Section 12.115(c-1) is unconstitutionally retroactive, that the Texas Education Agency denied procedural due process in its implementation of the new law, and that the TEA improperly considered the performance of Honors Academy high school for the 2011-2012 school year.

All three schools had persuaded a Travis County District Court to enjoin the agency’s revocation process against them, but the State of Texas appealed the district court’s ruling in June 2014, setting up for yesterday’s oral arguments before the Third Court of Appeals.

Attorney Kevin O’Hanlon represented Honors Academy Charter School. O'Hanlon said, “The Court was prepared and understood the matters at issue in the case. They appeared to be receptive to consideration of all constitutional as well as the statutory interpretation issues.”

The outcome of the case is uncertain, but all of the attorneys representing the charter schools were optimistic after the argument.

Attorney Susan Morrison, who represents Azleway Charter School, said she was most surprised by the admission of the State’s attorney: "TEA would treat the three former charter schools as non-revoked if they win this appeal, as long as they are otherwise eligible to hold a charter."

The attorneys anticipate a ruling between 90-120 days - likely in early January - but the court is not beholden to a particular deadline.

Notwithstanding this pending litigation, all three charter charters were formally revoked by TEA in 2014 when the agency exercised its lawful authority as a government agency to supersede the district court’s injunction. Consequently, none of the affected charter holders are currently operating a charter school.

All briefing filed in the case can be found on the court’s website, including the amicus curiae brief filed by the Texas Charter Schools Association.