On January 29, 2016, I had the privilege of hosting more than 400 public charter school students from ten of our ResponsiveEd’s campuses at the Texas State Capitol for the National School Choice Week Rally. Many of these students were visiting Austin and the Capitol for the first time, including some students who live in Austin. The School Choice Week Rally gave students an opportunity to show support for public school choice while their participation in the event allowed them to realize that school choice provides them with options in selecting the right school to meet their needs. 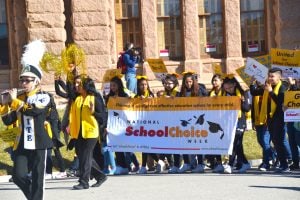 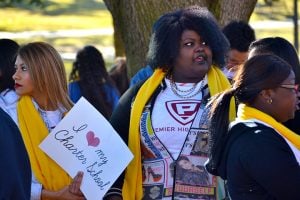 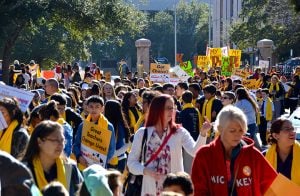 After the rally, some of ResponsiveEd students met with legislators serving on either the House or Senate Education Committees. They heard first-hand how education policy is created and how these decisions affect more than five million students in Texas. 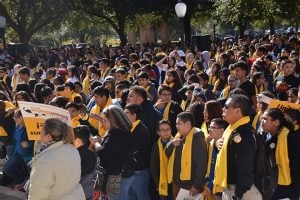 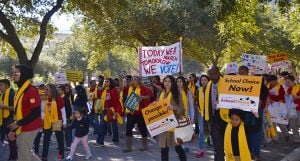 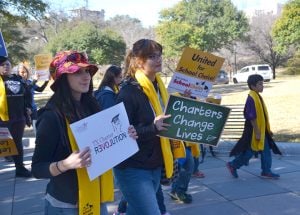 One of the keynote speakers at the rally was David, a high-school student that attends our Premier High School of North Austin.  He discussed how he feels lucky that he has had a choice in education. Previously, he always felt like he was failing and falling behind in school. Finding and attending Premier High School of North Austin has given him an opportunity to gain control of his life, education, and look forward to his future. His great-grandmother flew to Texas from Arizona to see him speak before the audience. When he started high school three years ago, David never dreamed of speaking to thousands of supporters, and especially in front of legislators at the Capitol. He realized this was a big moment to share his story and hoped it would help other students to know there is hope and options for them.

I love my job because of students like David. I want to make sure that every student, regardless of their circumstances, has access to a quality education and is provided with educational options. David had a choice; he could have easily dropped out of school, but instead made the choice to attend a public charter school and get his life back on track. Students like David give me a worthwhile reason to go to work each day.

See more photographs from the event by clicking here.

The Texas Legislature restored funding for new school construction through the New Instructional Facility Allotment Program after a four-year break.
Reimbursement funds of $250 per student in average daily attendance are available for the 2015-16 and 2016-17 school years, but the application deadline is July 15!
Click here for more information on NIFA and read below for additional details.

Overview
The NIFA program provides reimbursement funds for expenses related to start-up costs of new campuses. Initial (first year) applications must be submitted during the summer before the expected opening of the new building. Because no funding was appropriated for the 2014-2015 school year, no districts are in the Follow-up (second-year) application group. Initial applications are entitled to an allotment of $250 per ADA.
The NIFA is available to all charter schools that construct new buildings. Districts must take action under the TEC, Chapter 431, to reduce wealth per student to the equalized wealth level and school districts that do not otherwise qualify for state aid are eligible to receive NIFA.

Eligibility Requirements
The new facility must:

Applications must be entered, saved and sent through the online system by July 15. Neither late applications nor paper applications will be accepted. Pictures, site plans, floor plans, demolition plans (if applicable) and legal documentation must be uploaded into the Foundation School Program (FSP) System by July 15.